Written by Katie Rogers
Updated over a week ago

If you've recently subscribed to your Acast+ podcast for exclusive content, you may be seeing what appears to be two feeds to the same show within your podcasting app. But if you look closely, you'll notice they aren't quite the same.

What you are seeing is the exclusive content alongside the show's free, public episodes. You'll notice that your private feed will read "Show Name+ (tier name)", while the public feed will simply read as the show's title alone. 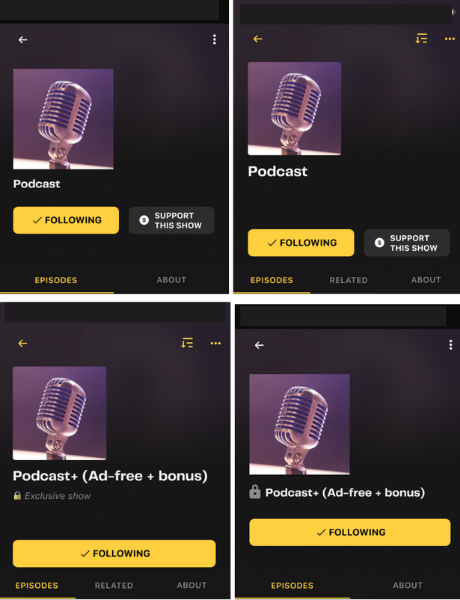 The public feed still exists for non-members. If you like, you may unsubscribe from the original feed (but you absolutely don't have to. Remember: the private feed will now retain the data from your public feed, such as which episodes you've already listed to).