Written by Asaf Winer
Updated over a week ago

The Listen-through Rate dashboard (also known as "LTR") is found in the Performance tab in the Insights tool. Use the LTR section to understand what percentage of listeners finish a particular episode. This data is powered by both the Acast iOS and Android apps as well as the Acast embed player.

When is the Listen-through Rate data visible?

LTR is generated daily and only one day's worth of data is considered at a time. The threshold (i.e. minimum) that needs to be met for the LTR data to appear is 10 listens on the Acast app and/or embed player. This means that if there were less than 10 listens on a specific day, the LTR data would not appear for that day. 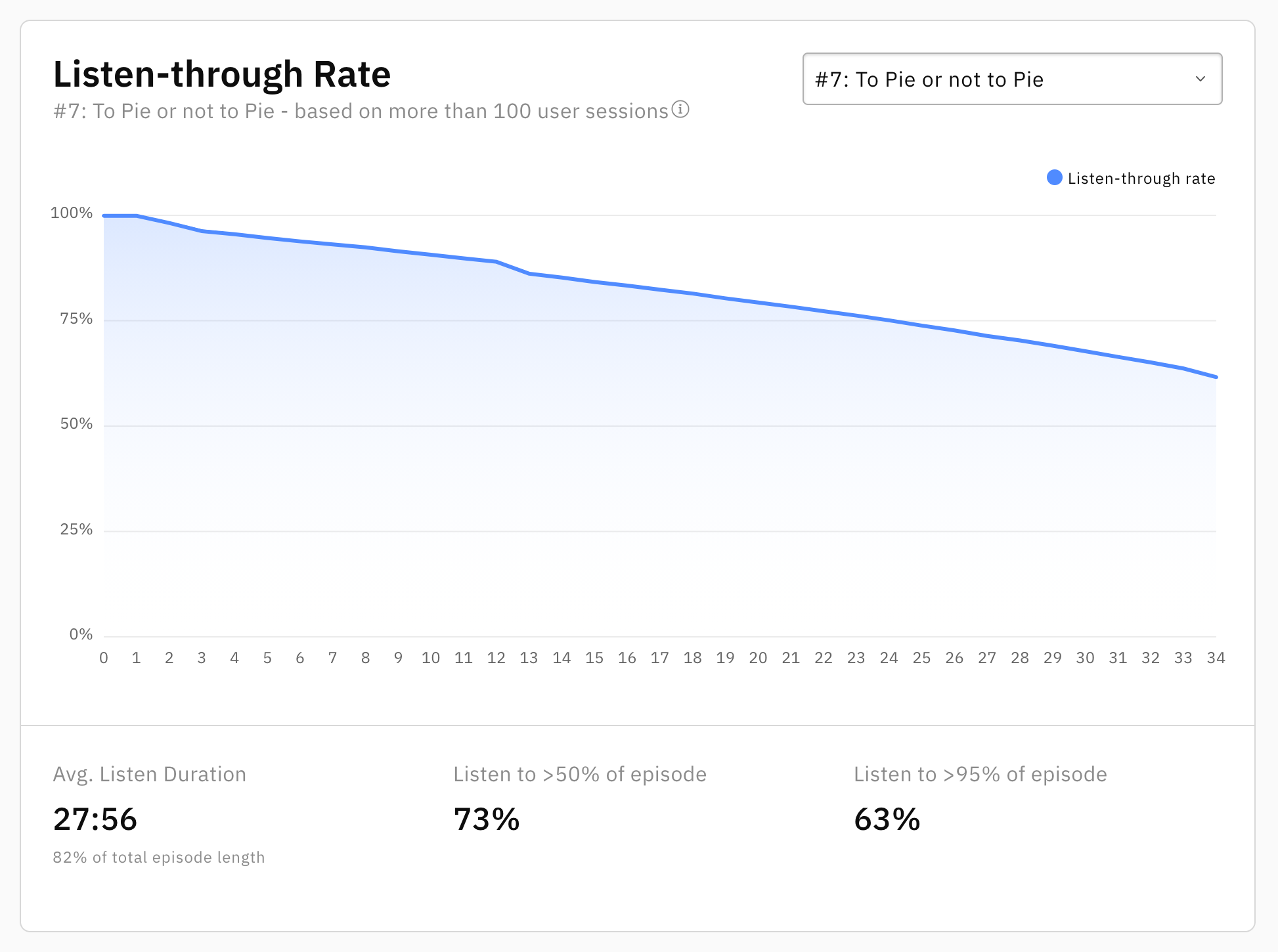 NOTE - in late-2020, Acast moved its stats to a data pipeline that is IAB-certified and filtered. This means that the stats may be counted more conservatively than other platforms which are not IAB-certified.

If your LTR data was previously visible and now is not visible, that is why! It is due to the fact that the stats pipeline counts its listens more strictly than before.